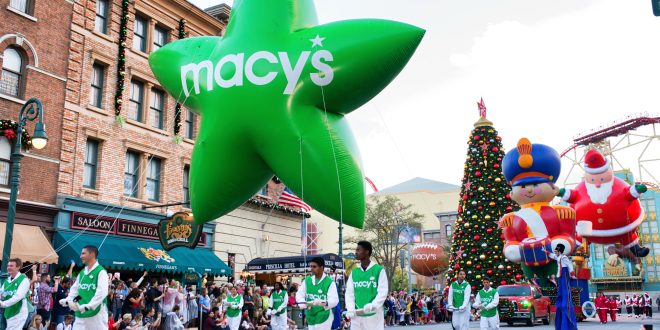 Watching the Macy’s Thanksgiving Parade has become a staple in American households during the Thanksgiving holiday 1924.

Coming back from the pandemic this year, Macy’s is pulling out new floats and balloons and providing amazing performances from celebrities to Broadway acts to marching bands.

Some of the new floats people should expect to see is the Celebration Gator. This float is the longest float ever, and it’s dedicated to the atmosphere and history of Louisiana and Mardi Gras.

Performing on this Gator is New Orleans singer, composer Oscar and Emmy winner for his songs on the soundtrack of Disney/Pixar film “Soul”, John Batiste.

One of the many new balloons the parade is bringing to the streets of New York is Grogu. Grogu is a character from the Star Wars series “The Mandalorian”. According to Macys.com, the balloon is inspired by the Funko Pop, which will be released this fall.

Alongside Batiste, there will be many performers. One of these performers is four-time award winning Grammy singer, songwriter and actress Kelly Rowland. Rowland will be performing her new Christmas song “Love You More at Christmas Time” at the parade this year. She’ll be performing on the Lifetime Christmas In Town Square float.

Some other musicians performing on the new Macy’s floats will be AESPA, Jordan Fisher, Andy Grammer, Nelly, Chris Lane and more.

Along with floats and balloons, there is also marching bands that will be performing in the streets of New York. One of the few bands performing will be the Lincoln-Way Highschool Marching Band.

This band consists of 250 members from an Illinois Marching Band Championships class 6A champion, Grand Champion a Bands of America Regional and Super Regional Finalist which were participants 2019 Tournament of Roses Parade.

When talking to VSU Biology Major freshman Skylar Mcphail, a freshman biology major, said she feels indifferent about the parade coming back.

“I’m not really happy nor sad that I missed it last year it didn’t really bother me,” Mcphail said.

Malece Acker, a nursing major, said she has never watched the parade, but there are performers she’d be entertained by.

“I know a few people on there, and I would watch Kelly Rowland,” Acker said.

Previous Astroworld: a music festival or fight for survival?
Next A cheesy winner