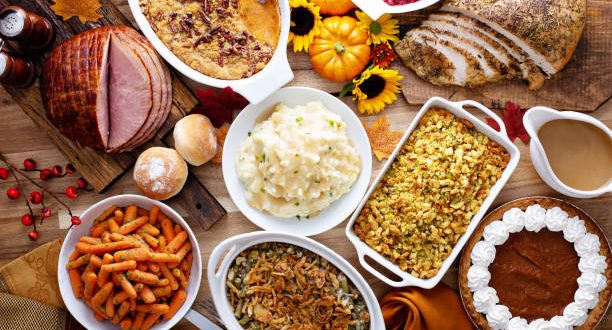 Thanksgiving table with roasted turkey, sliced ham and side dishes

Thanksgiving has quickly passed, but the holiday season is in full swing. There’s often food to bring people together in celebration and giving thanks.

The Spectator Newsletter ran a poll asking what your favorite part of a Thanksgiving meal is. The selection was among the most common dishes including turkey, ham, mac and cheese, dressing, and pumpkin pie.

This poll ran in the newsletter for two weeks with mac and cheese and dressing fighting to win. Out of 128 votes, Mac and cheese with 39 votes won just passing dressing at 38 votes. Ham came in third at 22 votes, pumpkin pie 16 votes, and the icon of Thanksgiving, the turkey, came in last place with 13 votes.

What was your favorite dish from Thanksgiving this year? Let us know!