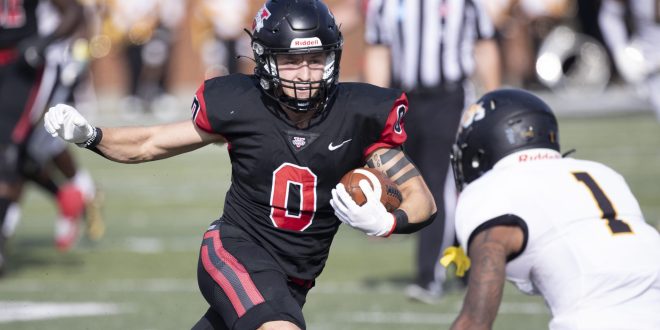 Since its inception in Oct. 2018, the NCAA transfer portal has taken college sports, especially college football, by storm.

Players have had the opportunity to transfer from one school to another for a while. The transfer portal merely gave coaches and players a hub to make their intentions known and to make getting recruited by another school easier than ever.

Still, recent developments to help “improve” the transfer portal and the transfer process in general have caused an overflow of transfers.

This past year, the NCAA passed a ruling that allowed all student athletes to transfer once without having to sit out a year. Prior to this ruling, athletes had to get waivers approved to allow them to play immediately, with most getting approved.

Now, college football has seen a record number of players enter the transfer portal. Since Aug 2021, nearly 1500 players have entered, shattering previous marks for this time last year and years prior.

While it has brought forth an easy way for athletes to get a second chance at stardom, it has also become a heavy burden on college athletics. Coaches that spent countless hours and resources recruiting to their school never know when players might decide to leave.

With the vast majority of transfers coming from football players, college football has turned into its own form of free agency, similar in the NFL or NBA. Players simply don’t want to earn their stripes like they used to.

The transfer portal has put the long-term health of college football at risk. More and more resources are being spent just to keep players around, which has smaller schools can’t keep up.

This isn’t to say that every player who enters their name in the portal is transferring merely because they aren’t getting playing time. In fact, some players transfer to be closer to home or due to other personal reasons like education.

A notable example of this is former Georgia and current Illinois tight end, Luke Ford. Ford transferred to Illinois in 2019 as he wanted the ability to play in front of his dying grandfather, but unfortunately, his waiver to play immediately got denied.

Other times, players transfer to get out of a bad situation, such as a coaching change or potential incoming sanctions on a program. Such instances include the recruiting violations at Ole Miss, Tennessee and, more recently, the newest wave of blockbuster coaching hires.

Still, many players transfer away because they got buried deep on the depth chart, they want to win a championship, they’re trying to improve their pro chances or they’re trying to cash in on the NIL (names, image and likeness).

College football has turned into a glorified version of free agency. The only differences between college football and pro football is there are more teams to go around and less money available.

There is not a single school in the upper echelon of the sport that hasn’t benefited from transfers, ranging from LSU with Joe Burrow, Ohio State with Justin Fields, Oklahoma with Baker Mayfield and Kyler Murray and Alabama with Henry To’oto’o and Jameson Williams.

Even at VSU, players come in and out of the transfer portal to play and become key contributors for the Blazers. Most recently, former Kentucky and Lowndes County running back, Travis Tisdale, announced his decision to play for the Blazers.

What many players don’t realize is that the success stories seen from players, like Burrow and Mayfield, is that those stories are few and far in between.

You might reach your true potential with a new team, but it doesn’t mean you’re guaranteed to go into the NFL. Sometimes, players transfer to new schools thinking they’ll be a day-one starter only to once again ride the bench.

Former Ohio State, Miami and UNLV quarterback is a great example of that. The 2016 Gatorade Football Player of the Year transferred twice after being benched at Ohio State and still didn’t get starting time. He officially retired from football on Jan. 18.

Being benched doesn’t mean your career is over. It just means that you have room to improve and get better as a player and possibly become the starter.

Sticking it out can be very beneficial. Just look at Alabama running back, Brian Robinson Jr., who sat behind a slew of NFL-caliber running backs before getting his chance to shine, setting an Alabama bowl record for rushing yards in the Cotton Bowl.

The transfer portal isn’t going anywhere anytime soon, that’s just a fact that coaches and players must get used to. Getting more players to stay and finish what they started will go a long way towards protecting the future of the sport.