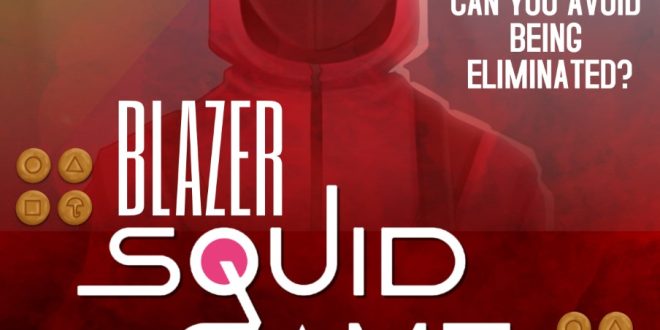 On Jan 18, VSU Student and Diversity and Campus Recreation hosted a Squid Game event for students, with five games increasing in difficulty.

Students who entered the competition had the opportunity to play for cash prizes up to $300, or sit to the side to watch their friends compete.

“I’m playing to win, it’s all about the money,” Izayah Weaver, a freshman psychology major, said.

The first game was the ever-famous “Red Light, Green Light” that helped popularize the show.

All of the contestants lined up at the end of the basketball court of the recreation center, and had to race to the end without being caught moving. This game was also popular with spectators of the event.

“Red Light, Green Light. It had the most energy, it got the most competitive since everyone was playing,” Savannah Clarington, a freshman theatre production major, said.

The second game was tug-of-war, which was initially split into four teams and two ropes. The winners of each game competed, and the winners of that game moved on to the third game. 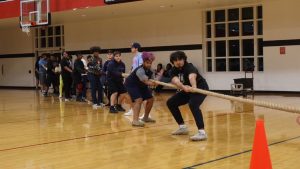 The third game, with the surviving minority of the initial competition, was archery tag. Players were split once more into teams, where the goal was to shoot as many people with foam arrows as possible, while dodging arrows, until only a few players remained. 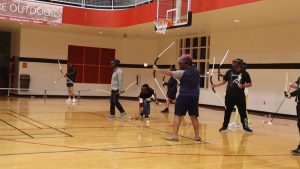 The fourth game was a cup flip, in which the players had to flip a plastic cup over a water bottle before their opponent did.

The last round was an especially intense battle, one that took so long that the competition had to change. When it did, it became a battle of reflexes; the two opponents played “Head, Shoulders, Knees and Toes” at the referee’s call, until they heard “Touch.” Then the players had to grab or hit the cup to win. 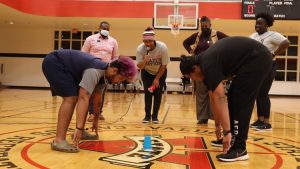 In the end, only four people moved on to the last game.

The final game was four puzzles of varying difficulty. Players were drawn at random and were timed to finish their puzzles. The top three of this game would then be declared as the winners of VSU’s Squid Game.

“Definitely tug-of-war. That one kind of relied on everyone to work together, I couldn’t do it alone and it was kind of scary,” Perez said. 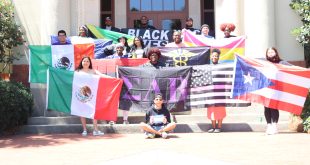