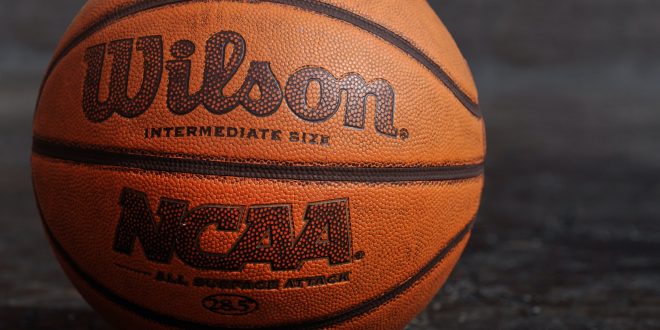 March Madness is in full swing in the NCAA Tournament, with upsets happening on a nightly basis. Teams such as Saint Peter’s and Richmond have made their presence known, busting millions of brackets in one game.

The field in down to just 16 teams, and with that, the games become more important as teams fight for survival. With the remaining field featuring both new and familiar faces, the national title is truly up for grabs.

Here are four potential games to watch as the second weekend of the tournament gets underway:

When the bracket was released on March 13, analysts and fans alike had this matchup circled. Now, the Blue Devils and Bulldogs are just 80 minutes away from making this showdown a reality.

Gonzaga has never won an NCAA Tournament, and their path to the trophy could cross paths with a Duke team looking to send out legendary head coach Mike Krzyzewski a winner.

If these two meet, it wouldn’t be the first time this season they have played. Duke beat Gonzaga 84-81 on Nov. 26 in Las Vegas, Nevada, in a top five showdown.

This matchup could play out much like the first one: high-scoring with plenty of star power. The Bulldogs and Blue Devils are both ranked in the top ten in scoring.

In their first matchup, it was Duke’s Paolo Banchero who led the way, scoring 21 points for the Blue Devils. The star freshman will likely need to have a similar performance to keep Duke’s season alive.

Gonzaga will match with Drew Timme, who’s leading the team in scoring at 18.2 PPG. The junior has also made 59.2% of his shots, good for third on the team.

This matchup could play out much like the first one: high-scoring with plenty of star power. The Bulldogs and Blue Devils are both ranked in the top ten in scoring.

Regardless, expect the stakes to be at an all-time high as the winner would advance to the Final Four in New Orleans.

With all of the chaos that has happened in the Midwest Region of the bracket, it has been guaranteed that at least one double-digit seed will be in the Elite Eight. That team will be the winner between the Cyclones and the Hurricanes.

It hasn’t been easy for either team to get to this point. Both teams found themselves at the center of the bubble for much of the season.

However, all of that is long in the past. It is March, after all.

The Hurricanes are playing their best basketball this season. After pulling out a gutsy 66-62 win over USC, Miami put together their most dominant performance of the season in a 79-61 win over Auburn, scoring 46 points in the second half.

Isaiah Wong and Kevin McGusty led the charge, combining for 41 points in the win. Those two will be key in scoring against a tough Iowa State defense.

While their offense has been far from flashy, the Cyclones’ defense has kicked into a new gear in the tournament, holding LSU and Wisconsin to just 103 combined points.

The Cyclones are also no stranger to playing good teams. During the regular season, the Cyclones played tournament teams 14 times, recording a 6-8 mark in those contests.

Whoever comes out on top will face either Kansas or Providence in the Elite Eight.

Saint Peter’s has been the Cinderella of the year’s tournament, busting millions of brackets on their way to the Sweet Sixteen.

The Peacocks recorded just the eighth-ever 15-2 upset when they knocked off Kentucky, 85-79, in the first round. They followed it up with another win over a Kentucky school, this time a 70-60 win over 7-seed Murray State.

To make things even sweeter than the Sweet Sixteen appearance, the two wins were Saint Peter’s first-ever tournament wins. They’re also just the third 15-seed to make it to the Sweet Sixteen, following in the footsteps of Oral Roberts last season and Florida Gulf Coast in 2012.

However, the Peacocks will face their toughest (and tallest) challenge yet when they face 7-foot 4 center Zach Edey and the Purdue Boilermakers.

Edey’s size poses a problem for everyone, as he is a nightmare to defend in the paint. The sophomore has averaged 14-5 PPG on a 64.7% field goal percentage, with the latter being good for third in the nation.

Purdue’s size advantage has paved their way to the Sweet Sixteen, as the Boilermakers have drawn numerous fouls in the tournament. They have shot 79 free throws in their two games, including 46 against Texas.

Still, the Peacocks’ top scorers, Daryl Banks III and KC Ndefo, have been getting the job done offensively. Banks had 27 points in their win over Kentucky, while Ndefo had 19 in their win against Murray State.

Additionally, NCAA tournament history will be on the line on Friday. Should Saint Peter’s pull off the upset, they would become the first 15-seed to make the Elite Eight.

The Wildcats have looked good all season, thanks the play of one of the most experienced guards in the tournament, two-time Big East Player of the Year, Collin Gillespie.

They’re playing a team many didn’t expect to make the tournament yet waiting for the Wildcats in the Sweet Sixteen are the 17-14 Michigan Wolverines.

After losing to Indiana in the first round of the Big 10 tournament, it looked like Michigan might not even get a chance to compete in this year’s NCAA Tournament. But they made it in as an 11-seed and haven’t looked back.

It’s not like the preseason No. 5 Wolverines are strapped for talent though, and they’ve shown it through their first two tournament games, upsetting 6-seed Colorado State and 3-seed Tennessee.

Nobody in the tournament has had an answer for one of the best big-men in the country, second-team all-Big 10 Hunter Dickinson. Dickinson has averaged 24 points, 8.5 rebounds and 2.5 blocks per game over the Wolverines’ first two matchups.

They face off in San Antonio, Texas, and will play on the same court the Wildcats won the championship against Michigan in 2018.

That year, as well as when the Wildcats won it in 2016, they were the best defensive team in the country according to KenPom defensive efficiency. This year they’ve been solid defensively, but as of late they’ve really turned it on.

During the Wildcat’s current seven-game winning streak they’ve held all but one opponent under 65 points. In their two NCAA Tournament games they’ve held their opponents to 10-42 from deep, despite both teams ranking in the top five of their conferences in 3-point makes.

But Michigan’s bread is buttered inside, with Dickinson, so if the Wildcats want to make it to the Elite Eight they’ve got to find an answer for the big man.

To further entice this game, Michigan and Villanova met in the second round of the women’s tournament. Michigan won that game 64-49.

Previous No, video games do not cause violence
Next Spring Break Extravanganza