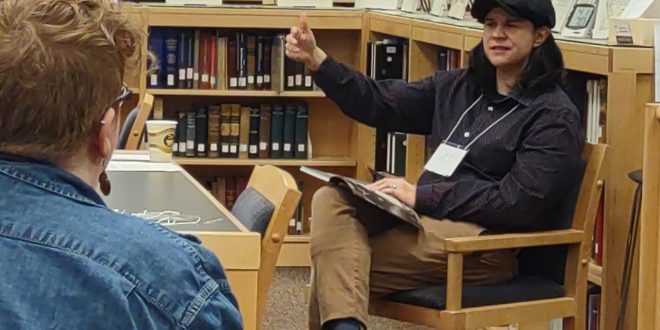 The reflection on Woman’s Suffrage continues in a discussion on the book, “Women Making History: The 19th Amendment,” which is an in-depth look at other factors and perspectives of when the Nineteenth Amendment was passed. 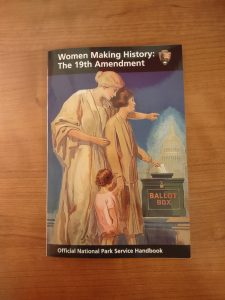 This is considered a handbook by the Official National Park Service that includes multiple visuals and essay contributions that make it easy to understand for anyone that may be unfamiliar with this part of history. 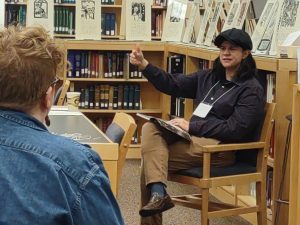 During the discussion, facilitated by Dr. A.J. Ramirez, a professor of sociology, noted that this book came out in 2020 when the 100-year anniversary took place during the COVID-19 pandemic. This milestone may have been overlooked because of the concern of the pandemic.

Despite this, the book demonstrates the impact the Woman’s Suffrage Movement made in the progress of U.S. history even to do this day.

“How much progress has been made?” Dr. Ramirez said, “What counts as progress? Do we keep making progress? How do we gauge progress?”

Some people in the discussion noted the comparison of U.S. society then versus now. There are elements that feels like we are regressing because of politicians and people feeling afraid of losing power and a fear of change. 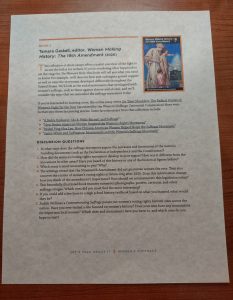 “It is not a regression, but a reaction to what we have changed,” Deborah Davis, director of Archives and Special Collections, said.

I agree with the statement because there are multiple occasions in U.S. history where a call to action for equality for all is a reaction like the civil rights movement, the equal rights movement and the disability rights movement. All these movements took years before any law was passed.

Other factors that were considered during this discussion included the historical context of the Constitution in the way language was used, as well as the many additions that have been made to clarify statements since its creation.

The book shows a timeline when every state ratified the Nineteenth Amendment. The Southern states took the longest to ratify this amendment with Mississippi being the last state to do this in 1984. The Nineteenth Amendment took decades to enact even after the initial ratification in August 1920. 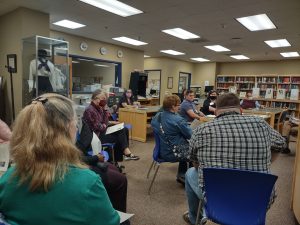 Even though the Nineteenth Amendment allowed for progress, everyone at the discussion agreed there are still double standards women face today. To end the discussion, everyone discussed what actionable steps could be taken to continue the movement for women’s rights.

A way to create an actionable step is to start within our own communities that allows people to push for change and the government to hear the people. What would help is a local woman that knows how to be personable to encourage her community for change.

The book also highlights the importance of visiting the different historical sites of the Woman’s Suffrage Movement to help start discussions reflecting on this important part of the United States’ history.

What I liked most about this discussion and book idea is gaining a better understanding of the historical context of how the Nineteenth Amendment passed. While many people want to avoid the topic of politics, it is important to remember that voting allows for people to actively participate in election campaigns, so don’t take that for granted.