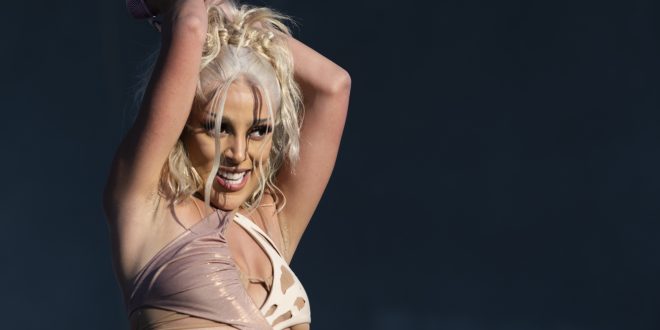 During the Asunción festival, singer and entertainer Doja Cat has announced on twitter that she is stepping back from the music industry.

Following the Paraguay performance in the aftermath of a massive storm, Doja Cat took to the online social media platform to air her grievances to the public. Given that the storm flooded the festival grounds, this isn’t exactly surprising, but what was surprising was that Doja complained afterwards about her departure following the cancelled show.

“When I left the next morning there wasn’t one person outside the hotel waiting for me. Let that sink in,” she said.

As is the nature of Twitter, a fan responded with annoyance at the lacking interaction during a day Doja had to waste. Doja responded directly to the fan, replying that she was getting ready for the show in a now deleted tweet.

Despite her stepping away, she has confirmed that she will still perform with The Weeknd and in Coachella. Doja Cat has committed to her previous engagements, and will not be abandoning the tours, performances and appearances that she had previously scheduled.

“But me not bailing doesn’t mean my ass isn’t gonna disappear right after. i still got sh** i gotta do. and a lot of y’all think cuz i post a f***** picture it means i’m not out. Pic doesn’t = music GOOFY,” the singer clarified in a tweet.

There are other pressures to add to the list as some fans have become enraged as Doja Cat failed to address the canceled concert, yet publicly announced on Twitter her excitement over performing in Brazil.

The fans residing in Paraguay were disappointed by her failure to say anything to them, or even see them in her hotel after they waited eagerly to see her. Understandably, the fans were looking for acknowledgement from the artist and felt betrayed when she didn’t provide them with so much as a tweet or Instagram post.

Following this explosion of emotions, Doja signed back into her Twitter to explain herself in an oddly heartfelt series of vulnerable posts that said, “I can travel, I can eat good food, I can see new people, I can smile, I can make memories that I dreamed of having, I can laugh, I can support my family and my friends, I can learn about the world, and I can give back to everyone because of you. I do owe people shit. I owe a lot.”

This lacks her crass and outspoken energy, but it seems to have placated some of the hatred being thrown her way.

Doja has reconnected with her audience, and when the fans tried to explain themselves. She  told them that she “didn’t act any better”. There are few public outbursts that can proudly display their good ending like this one.

Thankfully, the fans and their idol have come to terms, and it is unknown what the future has in store for Doja.

During the Asunción festival, singer and entertainer Doja Cat has announced on twitter that she is stepping back from the music industry.