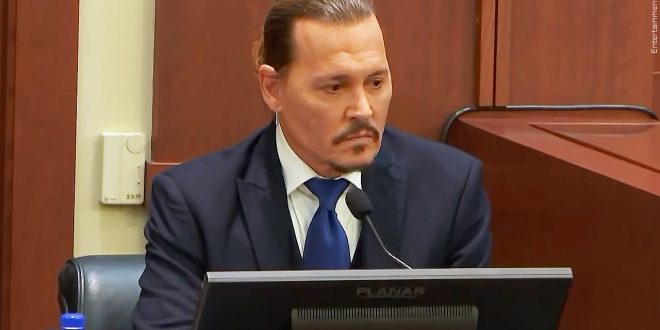 Three years past since Amber Heard officially made a lawsuit against Johnny Depp and has gone underway in Fairfax Virginia on April 11.

In 2016, Heard publicly accused Depp of leaving a myriad of bruises on her face, accusing that Depp had attacked her with a phone by throwing it in her direction. Notably, Depp wasn’t charged with any crime and was allowed subsequently to go free.

Following this incident, the two settled in for what would be a lengthy divorce, describing their mutual agreement to do so.

“Our relationship was intensely passionate and at times volatile, but always bound by love,” Amber said in the file.

In 2019, Depp put in a $50 million lawsuit against Heard for defamation. During this time, Depp’s role as Grindelwald has been recast, and Hollywood has blacklisted him from further films involved with “Fantastical Beasts” franchise.

These events have essentially destroyed the man’s career for many years to come, and his reputation has never been worse than this.

Heard then began to disclose she had seen him abusing drugs and alcohol various times, to which he was accused of strangling Heard, as well as shoving her, pulling her hair out and other assaults.

Depp hasn’t said anything on this, but his lawyers have since called this a hoax, a joke of a trial.

On April 19, Depp took the stand against the lawsuit to speak in his own defense.

“Never did I myself reach the point of striking Ms. Heard in any way,” he said at the trial. “Nor have I ever struck any woman in my life. I am obsessed with the truth, so today is actually my first opportunity that I’ve been able to speak about this case.”

However, at the same time, Depp was seen as an A-list actor who has a various and vast payroll.

His character defense witnesses have nothing but kind things to say about him. He’s a loving father with not an angry bone in his body. Depp’s previous relationships also have come to his defense to confirm that he has never acted violently towards them.

As of April 23, Depp has won his $50 million lawsuit, and it is going through despite Heard’s attempt to get it dismissed.  The court of public opinion also seems to have ruled, as polling both adults and students has netted the same response: all in favor of Depp.

“I hope Amber Heard burns in hell.” A friend hissed, “That man doesn’t deserve what’s happening to him. Hearing him recount his abuse was heartbreaking.”