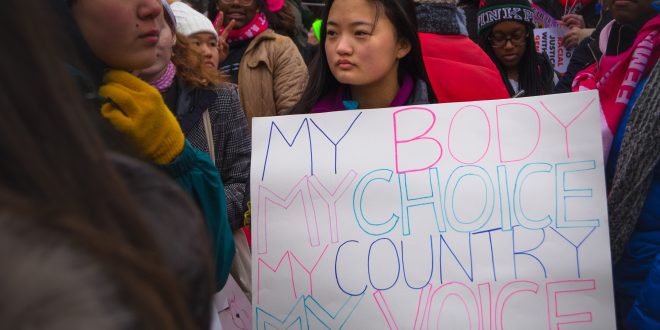 On Friday, June 24, the Supreme Court of the United States overturned Roe v Wade, a ruling that protected a woman’s right to an abortion.

Ever since the overturn, people all over the United States have been protesting, donating and posting on social media to reverse the decision. Many debates have sparked for both pro-choice and pro-life opinions.

However, what exactly was Roe v Wade?

Roe v Wade went to the Supreme Court in 1971 when Jane Roe, an unmarried pregnant woman, filed suit against the state of Texas and its abortion laws. She and a Texas doctor said that the laws regarding abortion were vague.

According to Findlaw.com, the law in Texas at the time of the case said a woman couldn’t have an abortion unless it was to save her life.

Two important things came out of this case: A person’s fundamental right of privacy to choose and the government’s interest in protecting health and prenatal life.

According to Constitution.congress.gov, the Fourteenth Amendment states “no State shall make or enforce any law which shall abridge the privileges or immunities of citizens of the United States; nor shall any State deprive any person of life, liberty, or property, without due process of law; nor deny to any person within its jurisdiction the equal protection of the laws.”

Roe V Wade went over the Due Process Clause of the Fourteenth Amendment, which prevents the government from depriving its citizens from life, liberty or property, according to constitutioncenter.org.

According to supreme.findlaw.com, “the Due Process Clause does not explicitly state that Americans have a right to privacy. However, the Supreme Court has recognized such a right going all the way back to 1891.”

In 1973, the court made its decision that abortion does fall under privacy rights.

According to supreme.findlaw.com, the case was about how abortions are regulated in the state. It also states that after the supreme court made its decision in 1973, death rates as a result to abortions dramatically fell in the years after.

Now that Roe v Wade is overturned, it means that states can either ban or restrict abortions in all capacities. However, this does not make abortion illegal on the federal level, it only gives states the right to set their own abortion laws.

Previous The Queen is back, and she’s already pulling the unexpected!
Next OPINION: Big Ten expansion brings uncertainty for college athletics

“Stranger Things” is back, and with it came a new cast of characters and a ...