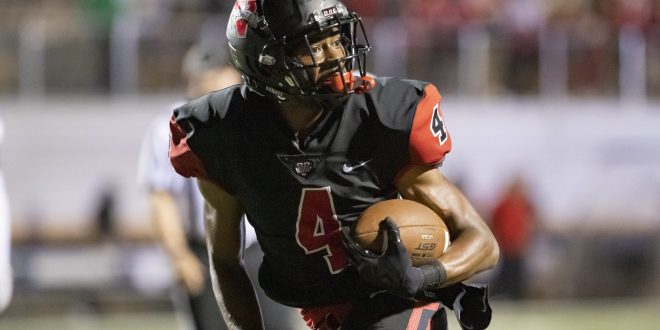 The game will take place on Sept. 10 at 5 p.m. at Bazemore-Hyder Stadium as part of Family Weekend.

Though the Blazers beat Virginia Union 51-7 last season, head coach Tremaine Jackson is not looking past the Panthers.

“A lot of these guys played against Virginia Union last year, and they talked about the physicality of the game and how good this opponent really is,” Jackson said.

While the Blazers entered halftime trailing Keiser before ultimately pulling away, Jackson was more shocked with his team’s performance rather than the score.

“I think what was shocking was the fact that we didn’t hit the shots that we took and that we didn’t execute the way defensively that we should have,” Jackson said. “That was shocking because we have done that week in and week out through fall camp and through the game week, but I got a lot of confidence in these guys. These guys can play football, and so for them to respond that way, I knew that they would.”

Additionally, Jackson is happy that the Blazers had their struggles come to light early in the season rather than later, an issue that ultimately doomed the Blazers last season.

“When you just look back at the history of this senior class, they’ve done that,” he said. “You’d rather face that early than face it late. We faced it a year ago, and it wasn’t when we wanted to face it, though. So, I like the fact that it happened to us early. Now, we can set out and finish the right way again and get back on track.”

As for Virginia Union, the Panthers are coming into Valdosta having won their season opener against Division III opponent Virginia University of Lynchburg 77-0. The Panthers racked up nearly 500 yards of offense while stifling the Dragons’ offense to the tune of eight sacks while holding them to two yards per carry.

While the Blazers averaged 5.4 yards per carry against Keiser, Jackson believes his team needs to be more physical to have success against the Panthers.

“We have to be physical in practice,” Jackson said. “I’ll always continue to believe that you can’t be physical just on Saturday if you’re not physical Tuesday, Wednesday or Thursday. We went back to the drawing board on being physical. If we’re physical all week, then just because it’s Saturday, we should just be physical because that’s who we are.”

Jackson also expressed concern in stopping Virginia Union’s quarterback, Jahkari Grant. In the win over the Dragons, Grant went 15-20 for 301 yards and four touchdowns in the air and added 27 yards on the ground.

“He used to be a former receiver who transferred from Rhode Island, I believe,” Jackson said. “Any time you put a receiver at quarterback and he can throw too… He’s a really good athlete, but we see that at quarterback every day in our own program. We got to make sure we’re right with him. We can’t give him the easy throws, we got to make sure we contain him in the pocket.”

Still, Jackson believes his defense is ready to contain both Grant and Jiles.

“[Grant’s] throwing to a receiver, John Jiles, that is really good,” Jackson said. “You can tell they’ve been together and been working together for a long time. Our defense will have its work cut out for them, but I think they will answer the challenge.”