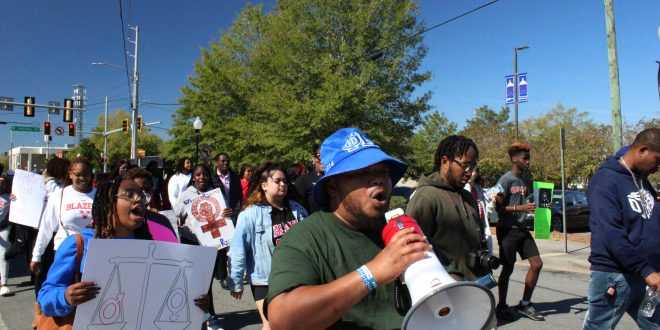 “Many empowering women fought for their right to vote, to hold public office and to get a seat at the table. To have equal rights, family laws, fair wages, equal pay, education, all the way down to our reproductive rights. It took several years for these women to accomplish most of these things, yet here we are in 2022 fighting the same fight.”

This is what Atalya Manchester, president of VSU’s Lambda Sigma Beta Chapter, said when she addressed the crowd of women’s rights protestors on Saturday, Oct. 22. 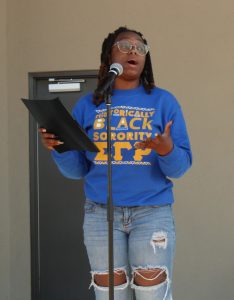 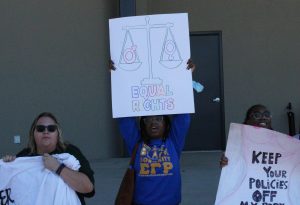 Hosted by A Chance To Initiate Opportunities Now (ACTION), VSU’s sociology club, the march started at the Student Union and ended at the amphitheater of downtown Valdosta’s Unity Park.

Students carried handmade paper signs and painted bed sheets, and they chanted and marched for about 30 minutes. 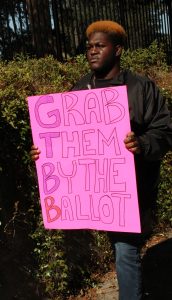 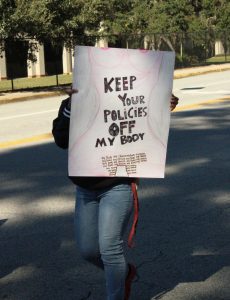 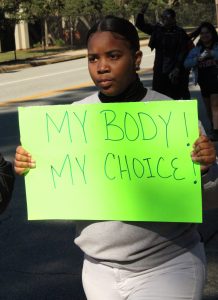 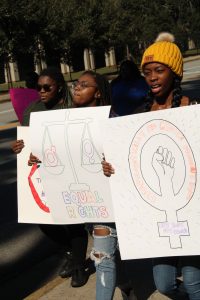 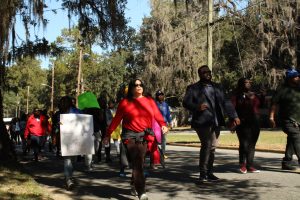 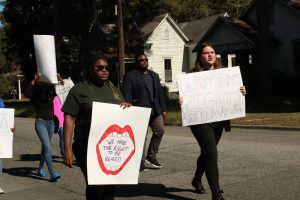 “Right now, in America, a lot of our rights are being taken away from us,” Kayla Ellis, president of Collegiate Women of Valdosta State, said. “A lot of people that don’t have uteruses are having opinions and making decisions that are affecting us now and generations to come.”

Multiple states enacted trigger laws as soon as the decision was made. 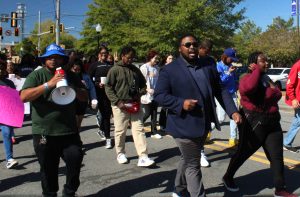 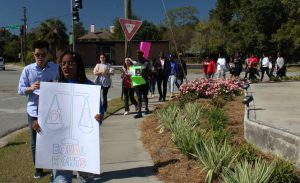 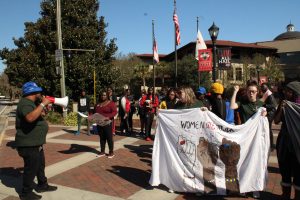 Controversy surrounding abortions have only grown since the decision was made. Nationwide protests, just like this one hosted by ACTION, were sparked.

“I am a Christian man, and the Bible says … love thy neighbor as thyself,” DJ Davis, President of ACTION, said. “ If I can’t love you as a person, believe and let you have your own rights, but throw my religion and my belief on you… that means I don’t love you. I want to control you, and the people that control are the ones that cause the problems. That’s why we are the way we are. We’re out here to fight, and the best way we’re fighting is fighting with love.” 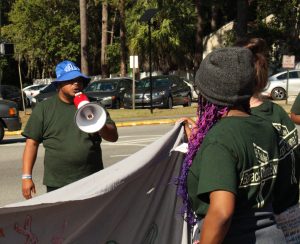 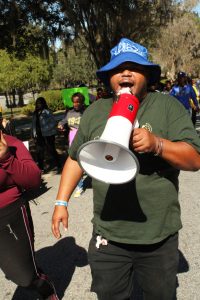 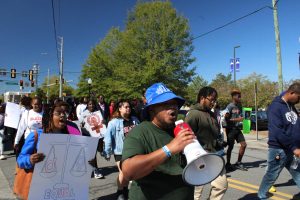 Despite a road closure and police escort being expected, the march commenced at 11:30 a.m. without either. The protestors were met with passing vehicles, and many drivers honked, cheered, yelled or clapped with their windows rolled down in support.

Throughout the entire 30-minute walk, the protestors never quieted with their chant: “One, two, three, four; abort the Supreme Court. Two, four, six, eight; separate the church and state. My body, my choice. Her body, her choice. Their body, their choice.”

From the stage of Unity Park, multiple speakers delivered speeches to the crowd. One student sang a song, and another performed a dramatic monologue. 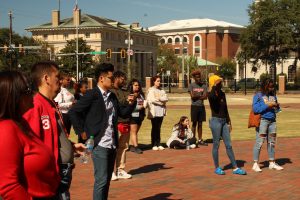 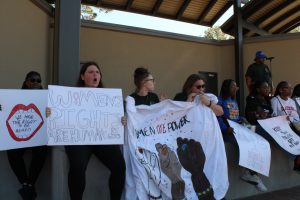 “In just the election cycle, I’ve probably done at least 20 or 30 protests over the last two years,” U.S. Congress Representative Darrius Butler said. “Within my lifetime, over 100 or so. I’ve been protesting since I was in college. The first protest I did and organized was in 2012 for Trayvon Martin when he was killed. I’ve been protesting consistently since then.”

Butler is running for Georgia’s 8th Congressional District, which covers portions of middle and south Georgia, including Valdosta. 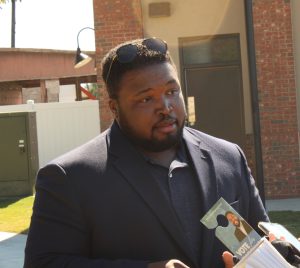 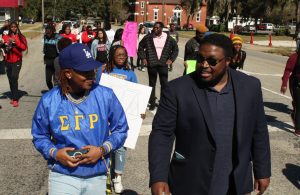 “I chose to come here because women’s rights are being imposed upon every single day,” Butler said. “At the end of the day, us as young people, we’re in our 20s and 30s, and this is our life that we’re going to have to live. If we allow folks who have not been to the doctor’s office and in these situations continue to make legislation and rules for us, we’re going to be the ones suffering.” 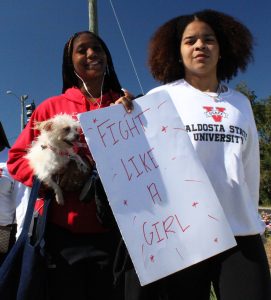 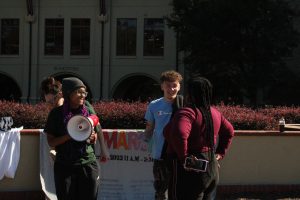 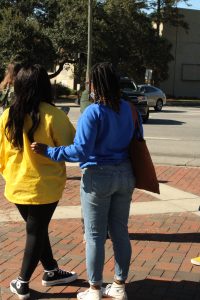 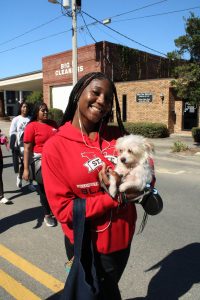