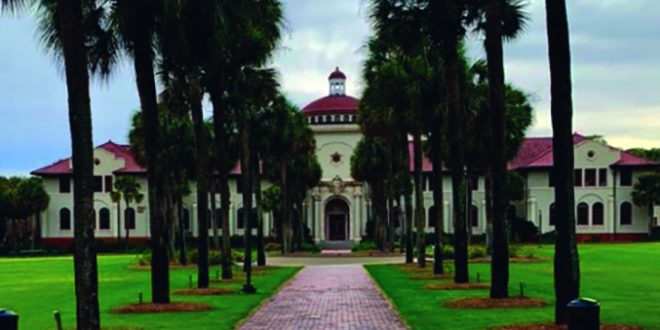 On Nov. 11 and 12, VSU hosted the Georgia Undergraduate Research Conference.

The Georgia Undergraduate Research Conference is a cross-state event where undergraduates share their research.

A program originally from the University of North Georgia, it “strives to serve students and faculty in the Southeastern United States as the region’s premiere undergraduate research and creative endeavors conference,” according to the website.

The event was hosted in separate panels held over two days, each with a multitude of speakers and subjects. Each panel held speakers on politics, psychology, science and more.

There were also online panels, where listeners used Google Teams to listen to speakers discuss their research.

This study focused on cell-phone usage during dinner-time meals between both American and Italian families, which showed an interesting correlation between the cultural differences and how much cell phones are used during meals. The study showed that Italian families used their cell phones significantly less than American families.

Zach Brian, one of VSU’s own students, presented a piece titled “Critical Race Theory and House Bill 1084: The Great Misunderstanding Of K-12 Implementation,” sponsored by Dr. Karen A. Terry. In it, he delves into the concept of critical race theory and the argument on whether it was suitable to teach to younger students.

“Its fundamentals are focusing on race with critical and logical perspective of questioning,” Brian said. “It’s focused on questioning whether those American legal, political and social institutions are slanted to help some races and make life difficult for others.”

Laura James, another VSU student, did a study titled “Psychological Effects on Bilingual Children’s Education,” sponsored by Dr. Lavonna Lovern, a professor within the psychology department at VSU.

James discussed the effects that a bilingual upbringing from a young age might have on primarily elementary-level students as they navigate education and friendships. She goes into depth about the social and mental effects that bilingual children grow up with.

“In order for a child to be considered bilingual, they must learn a whole new language by the age of five and have a linguistical understanding of that language,” James said. “This would indicate that there would be more than one language spoken around the home and in the environment in which they grew up.”

GURC’s next event will also be hosted by VSU in 2023 before swapping hands with a different participating college.