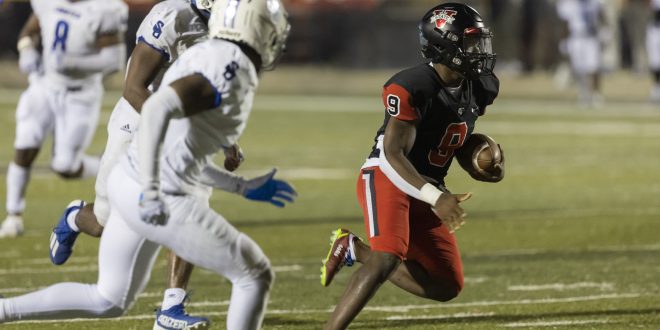 Athletes are confronted with challenges and adversities that make their daily routines difficult for road contests.

Sleep plays a huge role in athletes’ daily routines. Athletes are not sleeping in their beds, which has its own set of problems, along with time changes that affect the sleep cycle and sleep-wake cycle, or circadian rhythm.

Messing with these athletes’ sleep cycles only makes it worse as their bodies are constantly recovering from the demands of their sport.

Nutrition and hydration are also affected by travel as the body tries to adjust to the new location and potential time change. Coaches must accommodate these athletes that are trying to familiarize themselves with these different conditions.

Colton Bowser, the athletic trainer for the men’s football and golf team, joined the VSU sports medicine staff in July 2021. He travels with the team on every away trip and experiences their problems firsthand.

“As an athletic trainer for a large team, I insist to all my athletes that the key to performing well on road trips is to take extra care of their bodies at least three days before the trip,” Bowser said.

Sleep is a huge factor that plays into performance on road trips as well.

Bowser said he made it apparent that these tools are necessary for helping the athletes. Athletes encounter numerous issues that can potentially affect their game-playing ability.

“Traveling, in general, is always a hassle with any boy’s athletic team,” Andrew said. “From my standpoint, the first couple of nights leading up to every trip, I had to make sure my graduate assistants were preparing jerseys, socks, clipboards, laundry detergent and so much more. The hassle for me specifically was making sure that each athlete wasn’t leaving anything behind.” Coach

Andrew said his athletes also had tasks of their own that the coach and graduate assistants weren’t in charge of. That included the cleats, shin guards, under armor and other personal needs that the athletes needed for games.

“Another difficulty we had to fix was that no athlete was allowed anywhere by themselves,” he said. “I made it mandatory that if a teammate was going to visit another, they had to bring a pair.”

Mary Willis, a graduate assistant strength and conditioning coach for the VSU men’s basketball and men’s tennis teams, is entering her first year after a stop at Alabama State University.

Willis has dealt with all kinds of problems with athletes returning from away trips with little nicks and injuries from poor habits on the road.

“I deal with athletes all the time returning from away trips with preventable injuries,” Willis said. “It’s sad to realize that these male athletes are not taking care of their bodies before these trips. “The transition from one place to another can take a toll on the body as the body is trying to adapt to a new environment.”

With all these issues plaguing athletes on the road, it makes it extremely important for athletes to take care of themselves, all white maintaining team chemistry.