The presentation covered the case and evidence gathered within the case that started Jan. 11 2013 when the body of high school student Kendrick Johnson was found in a rolled up mat.

Jones presented a timeline overview of the case that was put in a PowerPoint form he put together. Jones worked closely with the lead investigator in the Kendrick Johnson case.

“He and I probably know this case inside and out better than anybody else.” Jones said.

The Lowndes County police department ruled that Kendrick Johnson’s death was accidental which many do not believe to be true including Johnson’s family.

Jones went over the events leading up to when Johnson’s body was found showing pictures of Johnson taken from the security cameras at Lowndes County high school, slides with information on them, a floor plan of the gym and other evidence.

Jones informed those in attendance that Johnson shared gym shoes with another student named Justin Williams. According to Williams’s statement to the police, he and Johnson would hide a pair of gym shoes they shared for gym class.

One would use them for their gym class and then would put them back by tilting the mat and placing the shoes for the other to retrieve and put back after using for their class.

During the first semester there were opened mats laid out on the gym floor. Before the holiday break those mats had been rolled up and placed with the other already rolled mats which surrounded the mat that Johnson and Williams used to hide the shoes.

Johnson could therefore not get to the shoes by tilting the mat. Police believe he climbed on top of the mats and reached inside the mat to retrieve the shoe. From the evidence they concluded that he may have gotten only one out and got stuck inside the mat trying to retrieve the second or he got both of them out and one fell back in and when he went to pull it out again he became stuck.

“My goal is not to get you to change your minds about what happened,” Jones said at the end of his presentation, “but to get you to think logically,”

The people in attendance were then allowed to ask questions. During the questioning the room became full of chatter and many attendees rose their hands to ask questions some more than once.

Jones was open to answering every question. During the questions Jones, because he isn’t an employee of the school, couldn’t answer questions about the schools decisions and rules like why there was a the lack of adult supervision in the gym Johnson was found in or when attendance was taken for students who were on camera near Johnson before he died.

There were questions where he had no definite answer and told the audience so, one question that was asked was how did Kendrick Johnson know what mat to go to?

According to Jones the only mistake the police made in this case was that they didn’t call the coroner to come to the scene right away. Jones said that the coroner was informed of the situation, but not asked to come out to the scene until later.

Jones also addressed the rumors about Johnson being lured into the gym by a romantic interest, two possible suspects who happened to be brothers and the sheriff’s son being involved as just rumors. The rumor about the sheriff and his son was impossible because the sheriff doesn’t have a son or even a grandson.

Mariah Nuckles a member of Phi Alpha Delta Pre-Law Fraternity International said that the event was not meant to shape views.

Phi Alpha Delta Pre-Law Fraternity International wants to focus more on legal related issues according to Angela Marafino another member of the club.

All the information that was presented is public record and can be obtained through case file. 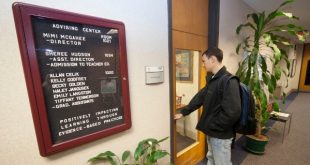 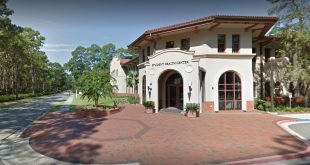 With the fall 2019 semester coming to an end, you may have received emails from ...