Home / Entertainment / Review: ‘A Love Letter to You 2’ a piece of art 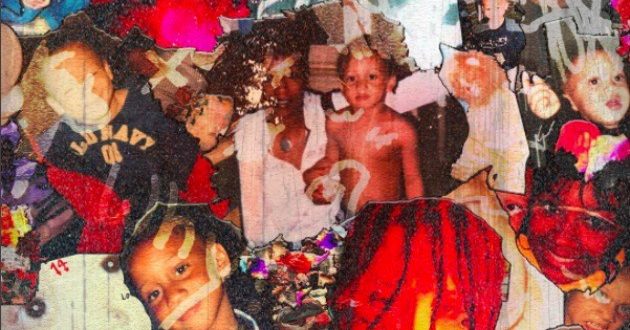 Review: ‘A Love Letter to You 2’ a piece of art

The music charts have taken a sharp turn with the releases of some of the most beautiful albums of this generation. We have seen albums from “4:44” by Jay Z to “Stoney” by Post Malone. Both installments are far from similar, but for one Ohio native, rage and love combine into one beautiful project.

Trippie Redd is the latest lyrical prodigy to take the world by storm. He’s delivered one of the best pieces of art this year with “Love Scars,” receiving more than 8 million views in just a few months.

His second album,,,”A Love Letter to You 2,” released Oct. 6 and comes in as one of the long awaited projects of the year. The album is comprised of alternative rock, R&B, rap, and other genres that certainly separate him from his counterparts.

His witty wordplay and elegant flow captures the listener in an instant.

“A Love Letter to You 2” is loaded with 14 tracks of funk. Leading the way is “Bust Down/Love Scars 3,” another hit single with 3.6 million views on Youtube currently.

Trippie Redd delivers his signature singing flow in the purest harmonies coupled with his outrageous poise.

As a Soundcloud elite, he manipulates his audience by mixing auto tunes. He also uses a variety of hooks throughout the album as well.

In an interview with Rap Genius, Trippie Redd said,” I want my music to be timeless.” He believes that his audience can listen to one of his songs 20 years from now and have the same hype feel as before.

The versatility he brings forth validates his statement. The album is not just a bunch of Trippie verses. There are also songs where he sings with the chorus, as he often does.

One song from the album,”I Know How to Self-Destruct <3” is mostly him just repeating the phrase “I know.”

Some critics do not like this approach to his music.

Sheldon Pearce, contributing writer for Pitchfork.com said, “He’s a rambler, so stanzas can come out circuitous, hysteric, or downright incoherent.”

Another facet of Trippie Redd’s music is his consistent dive into religion.

In the concluding song of the album, “Let Me Down,” the last words are,”Don’t bring me down, bring me closer to God.”

This ending to the album puts the icing on the cake, but he also leaves us wanting more.

According to Billboard, “A Love Letter to You 2” arrives on the charts at No. 14. This places the project, most notably, above “Grateful” by DJ Khaled and “Jungle Rules” by French Montana.

Trippie Redd is only scratching the surface of his full potential. The jaw-dropping arsenal of artistry he displays in this album will soon make him into a household name in the music industry.

A Love Letter to You 2 is simply art of the rarest form.

Previous VSU renumbers West hall classrooms
Next People Poll: What movie gets you in the Halloween spirit?