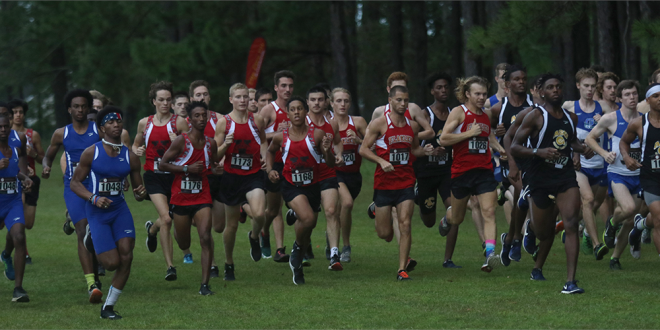 Fans will be able to see the XC men’s and women’s team at the NCAA South Regional.

Lots of running took place Saturday morning, with a splash of new personal bests from the Blazers.

The Valdosta State men’s and women’s cross-country squad maintain a solid 2018 season with a scorching hot performance at their Saturday morning meet at the University of Florida, in Gainesville.

Of the eligible runners for VSU, seven members of the men’s Blazers set personal records. Eight others improved their average running time during the race.

“The team members did a good job today, this is a step towards the season goal and vast improvements have been made in the last three weeks in preparation for the early October FSU meet in Tallahassee,” Coach Todd Smoot said to VSU Athletics about his team’s showing.

At the back end of the race, sophomore Daniel Swilley came in with a time of 30:34.5, and freshman David Shrier rounded out the Blazers at 31:15.5.

Cipriani lead the way for the Lady Blazers, finishing in 20:08.2, her personal best. Newcomers Samantha Murray and McKenzee Page showed a strong contending fight, posting a 21:14.0 and 21:01.2 time, respectively.

Rounding out the middle, sophomore Olivia Rosener posted a time of 21:36.9.

Both teams will return to action at the Florida State Invitational, Oct. 12, in Tallahassee, Florida, hosted by Florida State University at 8:30 a.m.

Previous Blazers run away, yet again
Next Preview: Congresswoman Titus comes to VSU