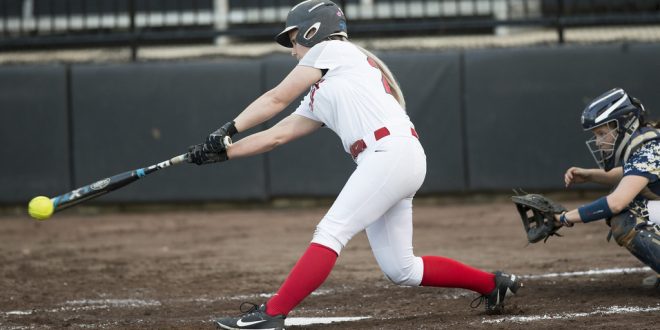 Through the first 10 games of the season, the Lady Blazers registered a 9-1 record.

Looking at Softball’s hot start to 2019

Before the VSU Lady Blazers could shutout all the competition in the NFCA Leadoff Classic, Tampa University stole a 2-1 victory, snapping VSU’s eight-game win streak.

Despite the reality check, VSU shutout the other four teams it faced in the tournament, three of which were ranked in the Top 25.

The Blazers finished 4-1 on the week and are now 8-1 before opening Gulf South Conference play.

Pitcher Caylie Van Auken received Fastpitch News National Pitcher of the Week and GSC Pitcher of the week honors. She threw 23 strikeouts and two complete game shutouts in the three games she appeared in.

Van Auken owned the mound and shut out No.18 Palm Beach Atlantic and No.19 Lenoir-Rhyne, giving them nine K’s a piece. She now leads the GSC in strikeouts with 36.

This is the second consecutive week a Blazer was named GSC Pitcher of the Week. Kasie Johnson received the honor after opening week, and she currently sits at third in the conference for strikeouts with 27.

The pitching tag team of Johnson and Van Auken is already shaping to be a deadly combo. They’ve combined for 63 K’s and haven’t given up a home run.

VSU is the best pitching team in the Gulf South so far, but they’re hitting is what’s holding them back from completely dominating.

They currently have the worst batting average in the conference and are in the middle of the pack as far as RBIs and slugging percentage.

But even with the low numbers at bat, this team is clearly a threat to make a national title run just from their defense. If the batting numbers come up during the season, this team will become an opponent’s nightmare.

It’s the beginning of a lengthy season, so they have time to do so. The Blazers will start GSC play Feb. 16 when they visit Lee University.

Lee is also the second worst pitching team in the GSC. Maybe this upcoming back-to-back in Tennessee will help alleviate VSU’s batting woes.