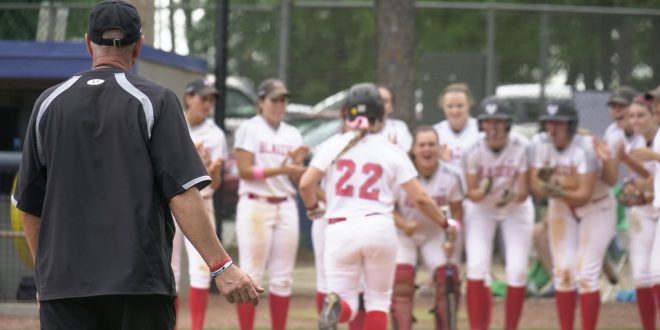 VSU comes into the series after a doubleheader with Flagler College, in which they split the scores, losing 0-2 and winning 3-1.

The Lady Blazers are coming home from a road test, winning two of three in a weekend series against Lee University to open Gulf South Conference play.

The stars of the weekend included sophomore pitcher Caylie Van Auken, who was awarded two wins in two starts over the weekend. She pitched a combined 14 innings over her two starts, and surrendered only two runs and had 14 strikeouts compared to 13 hits.

Fresh off of a NFCA Pitcher of the Week award, Van Auken has been appreciative of the support the coaches have given to her and the team’s superb start to the season.

“Coach Macera pushes not only myself, but each pitcher daily to make sure that we are doing exactly what’s needed of us to make sure we are the most successful for this team,” said Van Auken.

Van Auken said herself and the other pitchers on the staff go into each at bat with the focus as if they’re playing against the best hitter in the world, which has led to a lot of the pitching success this season.

VSU currently has the best ERA and highest strikeout numbers in the GSC at 1.33.

Despite 13 new players on the roster, VSU has impressed this season with wins over multiple ranked teams, including North Georgia (No. 2) and Southern Arkansas (No. 3) earlier in the season.

Van Auken noted that this team has all the tools to compete at the highest level.

“There is no doubt that this team can compete for a national championship,” Van Auken said. “Between our deep pitching staff, our wide variety of bats in the lineup, and a defense that is really starting to come together, we can go very far this year.”

The Lady Blazers will continue with a double header on the road against Georgia Southwestern on Feb. 19. The matchups are set to start at 4 p.m. and 6 p.m. ET