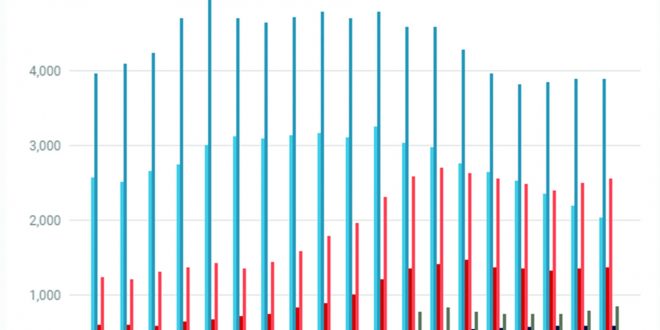 Just a thought: VSU’s growing numbers tell a story of its diversity

Recently, I overheard a conversation between two students in the dining area of the Student Union. They were talking about the racial demographics of VSU and wondering aloud what percent of VSU students are black or African American. Thinking about their conversation made me want to do some research, so I reviewed enrollment by race or ethnicity data from the VSU fact books from years 1999 through 2017. I found an answer to their question and several other interesting trends to consider.

The first thing I realized when reviewing the trends in the data is that VSU is changing. For the average student, four years (or five, according to some researchers) will be enough to get a degree, but it likely won’t be enough to witness noticeable change before your eyes. But looking at the data (and chart posted below) shows that VSU’s students tell us a lot about the student body, its growth and its changes.

Finally, it’s worth noting that the population of students that identify as neither black nor white has increased tremendously since 1999 relative to its size. In 1999, this group comprised about 3 percent of VSU’s student population. By 2017, these students have more than quadrupled and represent over 12 percent of the student population.

These numbers tell a story of growth and growing diversity. And as schools follow trends such as these, administration must act and react to foster such growth. Bryce Ethridge, my colleague at The Spectator, wrote last fall about VSU’s standing as a diverse institution, including its most glaring shortcoming. Ultimately, the university will continue to be put to the test of how it fosters inclusion and educates its diverse and ever-changing student body in the coming semesters. The only thing that stays the same is constant change.

How do you feel about the climate of our diverse campus? Does VSU do enough to cater to its student population? Are there any changes you’d like to see around VSU? If you’ve got thoughts on any of these subjects, tweet @vsuspectator or email me at radavison@valdosta.edu