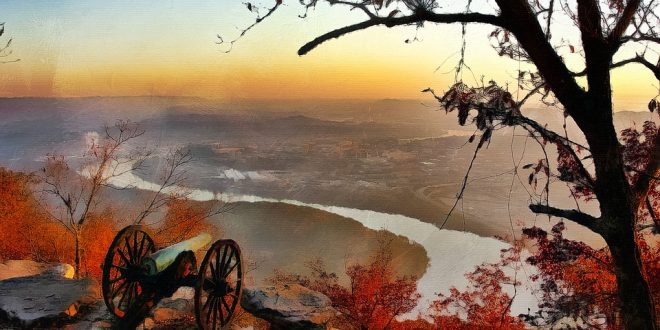 If you have attended school for any length of time in America, chances are you have had a course studying, or referencing, the Civil War.

Most classes at a high school and college level offer different areas of concentration regarding the war, such as an in-depth look at the Union and Confederate armies, the African-American soldiers and the Reconstruction Era.

VSU has decided to offer another class with a unique area of study: an international perspective.

“We’re going to get a different perspective,” Dr. John Dunn, head of the VSU history department, said. “That’s why it’s so great learning about the American Civil War from a non-American.”

Dr. Dunn said that a worldwide perspective is very valuable for a topic on the Civil War because it eliminates any possible biases.

The course started the spring 2019 semester with Piotr Derengowski, an assistant professor of history at the University of Gdansk in Poland.

“I had received a book about Gettysburg when I was in elementary school, and that’s what started the spark of interest,” Derengowski said. “When I got older, I decided to take up history. I knew the war would be the area I’d concentrate on, so I ended up writing my dissertation on the post war.”

Dr. Dunn, who has known Derengowski since 2002, convinced Derengowski to take his course and teach at VSU for a semester.

“He thought it would be interesting to have the VSU students see what the Civil War was like from an outsider’s view,” Derengowski said. “I’m from Poland, so it’s completely different for me. I don’t lean towards the South or the North, so it’s just easier for me to talk about certain things.”

The lack of connection to American history is what Derengowski believes makes the class work. He said that it allows him to break down myths and misconceptions that others could deem too sensitive or not fitting for the side they’re on.

“There’s this myth that this was all a great victory and a turning point for freeing slaves,” he said. “That’s simply not true. It was more about economics than anything. Even in 1863, there were no talks of free slaves. Abraham Lincoln’s objective wasn’t to free slaves; it was to keep the union together. I was surprised by a lot of the students not knowing that.”

Derengowski aims to show the often unacknowledged impact the war had on foreign commerce, like the decline of expansion in North America and the rise of cotton production in other countries.

The reaction to the class has been generally favorable.

“I think this type of class is needed, especially with living down south,” Karley Brown, a junior education major, said. “People do take sides without even realizing it sometimes, and it affects how they present information. An international perspective removes that.”

Some students recognize the potential issue with outside information.

“I like that it’s not biased,” Julia Pitchford, a junior marine biology major, said. “We need more of that. However, that could also be a bad thing because people from the outside looking in may not have all the proper context of the situation and certain things could be taken in a different direction.”

So far, the class is going well, according to Derengowski. He is open to the possibility to teach the course for another semester if VSU’s Louie A. Brown Visiting International Scholars Program allows him.