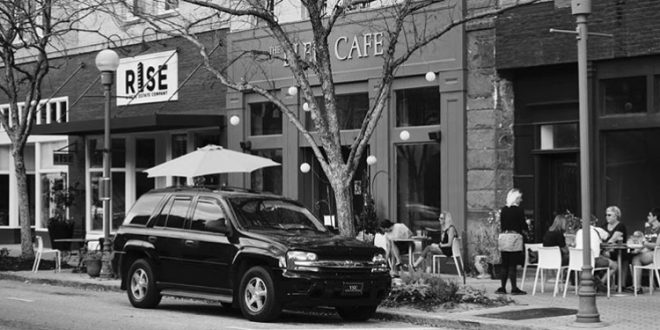 On any given weekend, you can find VSU students enjoying nightlife in various locations in and around campus. One of those locations isn’t normally Downtown Valdosta.

The City of Valdosta is looking for ways to change that and drive more traffic to the downtown area, including VSU students.

Currently, Valdosta has an ordinance in place which requires businesses that sell alcohol to also sell food, and that 50% of every establishment’s profits have to come from serving food. The result is that Downtown Valdosta nightlife is limited to a few restaurants that serve alcohol.

However, city officials have recently discussed loosening this ordinance to potentially attract more bars and, in turn, consumers to the downtown area.

The goal is to encourage more downtown traffic, including students, while at the same time ensuring that everyone has a good time in a safe manner.

Valdosta Mayor John Gayle is one of the officials behind this initiative.

One idea that Gayle wants to implement is a transportation system that can bus students and patrons back to campus or bus stops from the downtown area. This would help increase traffic downtown, while at the same time giving people rides back who are unable to drive. This would also make it so that patrons wouldn’t have to order an Uber.

John Gay is a server at Steel Magnolia, a popular downtown establishment.

Gay believes that loosening the ordinance would indeed bring more people (and students) downtown. However he said the tradeoff would be that more people would be coming downtown to drink, which is what the city is trying to avoid.

“The city is trying to get people not just to go out and eat, but also to explore the area, shop, and have an experience while out and about downtown,” he said.

Gayle said the downside of changing the ordinance would be the inevitable issues that come with alcohol consumption.

“We’ve had full-time bars cause us a lot of problems in the past,” said Gayle.

VSU student athlete Taj Taylor said that he doesn’t go downtown mostly because he doesn’t think it’s the type of place that college students would enjoy.

“It’s not the same type of atmosphere,” Taylor said. “The reason I don’t go downtown is because I don’t know the environment. I don’t know why my friends don’t go. And I don’t think it would suit my interests.”

However, the idea of a downtown with more exciting nightlife piques Talyor’s interest.

“That would be outstanding,” he said. “I would definitely check it out.”