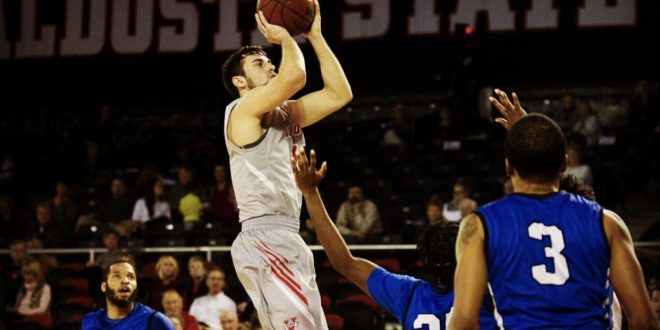 Longoria previously played for Samford University before coming to VSU.

Former VSU Blazer guard Chris Longoria has signed with Pro Team Galitos-Barreiro out of the Portugal Basketball League, announced by the team on Wednesday.

The contract is a one-year deal with the team. The amount has not been announced.

Longoria credits the deal to his agent Andre Ajipa of AGV Illicit Sports.

“I’ve played pro for 3 years and with my stats and my new agent, he was able to secure this top league deal for me,” he said.

Next season, Longoria hopes to continue his growth as a basketball player.

“My expectations for the team are to be competitive in every game and also to grow, expand, and showcase my personal game at a top level,” he said.

Longoria’s goal is to play one year with the team and continue moving up in the basketball ranks.

Previous Column: Respect comes in the offseason for the Blazers
Next Column: Through first five weeks, Blazers go unbeaten