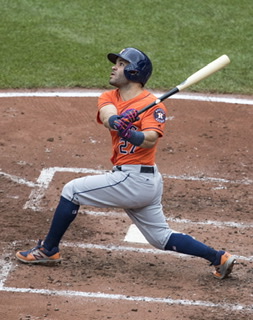 Jose Altuve is at the center of the Houston Astros sign stealing scandal.

Baseball in and of itself is relatively simple to play and watch.

The complexity comes in when players toe the line of cheating with no questions asked. It becomes one of those things where when you see enough people do it, you pick it up without questioning it.

Some of these rules include not bunting to break up a no-hitter, not stepping in front of the catcher and umpire when walking to the batter’s box and letting the center fielder catch a fly ball.

For the fans who don’t have much playing experience however, these ‘rules’ are observed as universal anomalies to avoid natural habit or convenience.

One of those unwritten rules has been broken in a major way at the highest level of baseball when the Houston Astros used technology to steal pitching signs. Players would use live feed cameras to read the signs going from the catcher to the pitcher and relay the predicted pitch to the batter by using a trash can in the dugout. They also allegedly used an electronic buzzer system hidden underneath the uniform.

At first glance, this doesn’t seem all too controversial. Teams have used technology to steal signs in the past and have gotten caught doing it. Those who are big New England Patriots fans know all too well that the sports world doesn’t take kindly with videotaping other teams’ signs.

What makes this issue so complex is the game within the game. Baseball teams use signs on both offense and defense. It is considered an advantage if you can figure out the other team’s signs and predict what they will do for the next play.

Another side to this argument is if it takes the use of technology for teams to gain an advantage, should technology not be used at all during a baseball game?

Technology increased widely across the world of sports over the years. Basketball, football, and soccer are some of many sports that film games and practices to be used for future game planning and fixing mistakes made by players.

For most fans, the easy decision is to allow all teams to use technology is for their benefit. Others may jump on the bandwagon, going along with the backlash and not thinking much of it after.

A better understanding about why this cheating is broken down to its foundation. These are games played by two teams and whoever has the best strategy is the winner.

Technology runs a fine line along that. Football teams use radio systems between coach and quarterback to relay plays. That doesn’t give them an advantage, it just makes play-calling more efficient.

Once technology starts to be used to disrupt strategy and trump skill is when it’s frowned upon. The very nature of the game is tarnished and it makes it unplayable because the other team would know your next move, no matter what you do. But if they are used for other reasons, then it’s fair game. 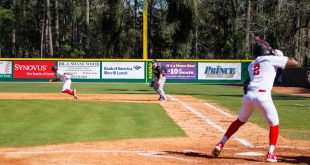