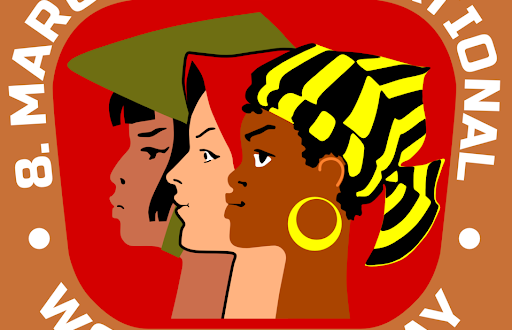 Because the women of the world should only be equal for one day, right?

Have you ever noticed that every month has one of those national *whatever* days that are funny, weird or downright bizarre? This column is dedicated to spotlighting those “holidays” and show there’s more to the year than just July 4, Thanksgiving and Christmas. With these lists, we’ll keep you celebrating the holiday spirit all year long! Here’s what’s going on in March:

March 2: Teen Mental Wellness Day: On a serious note, in a study called “The Age of Anxiety” by American psychologist Jean M. Twenge, the results showed that the average child/teen today exhibits the same stress level as the average psychiatric patient in the 1950s. No matter your age, mental illness is no joke. If you’re ever feeling stressed, please go to the Counseling Center on campus and talk to someone.

March 6: National Employee Appreciation Day: To celebrate, demand a raise, a paid day off or at least a chance to goof off during your shift. If your boss truly appreciates you, they’ll agree. That’s the very least they could do for making profit off of your labor.

March 7: National Be Heard Day: Closed mouths don’t get heard. If you have a grievance, whether it’s at your job, with your significant other or even with VSU itself, speak up. As a matter of fact feel free to air them out through us. After all, The Spectator is the unfiltered, slightly censored (no curse words, sorry) voice of the students.

March 8: International Women’s Day: No, it’s not supposed to be a dig at men. This day simply advocates celebrating the achievements of women all over the globe. This year’s theme is #EachforEqual. According to the IWD’s website: “an equal world is an enabled world. Individually, we’re all responsible for our own thoughts and actions – all day, every day. We can actively choose to challenge stereotypes, fight bias, broaden perceptions, improve situations and celebrate women’s achievements. Collectively, each one of us can help create a gender equal world.” Enough said.

March 13: National Blame Someone Else Day: Screwed up at work? The customer was being stupid or a jerk. Failed your exam? Your professor clearly has it out for you. Got a parking ticket because you were running 15 minutes late and you parked in a service spot? Well, Student Affairs would rather have the lowly commuter students pass out from a heatstroke than have suitable parking, per Vice President Vincent Miller’s last email about parking. So totally VSU’s fault.

March 14: Pi Day: Math nerds, rejoice. However, if you have a sweet tooth and don’t care about numbers and formulas you’re never going to use anyway, treat yourself. Stop by a bakery and demand some discounted pie.

March 17: St. Patrick’s Day: For the Irish, it’s their public celebration of the life of their patron saint, St. Patrick. To the superstitious, it’s all about harnessing the luck that comes from four-leaf clovers. To the rest of us, it’s another excuse to drink. Cheers.

March 28: National Weed Appreciation Day- No, not the fun kind of weed. The “ugly” flowers that pop up on your lawn if your grass gets too long. They’re called dandelions. Turns out they’re actually a food source for birds, they can be served with some of the tea you basic Teavana addicts love so much and are used to treat illnesses. It’s also high in vitamin A and C, calcium, iron and fiber. #themoreyouknow

March 29: My Birthday: I’m not one for e-begging, but my Cashapp is $maliathomas18 if you want to help this underpaid writer live her best life on her birthday.

March 30: National Equal Pay Day: Speaking of being underpaid, according to the Institute for Women’s Policy Research team, “women are almost half of the workforce. They are the sole or co-breadwinner in half of American families with children. They receive more college and graduate degrees than men. Yet, on average, women continue to earn considerably less than men.” It’s common knowledge that women earn less than men in most jobs. Equal pay shouldn’t be just a day. This should be every day.

To check out my other “National Days” columns, click here.