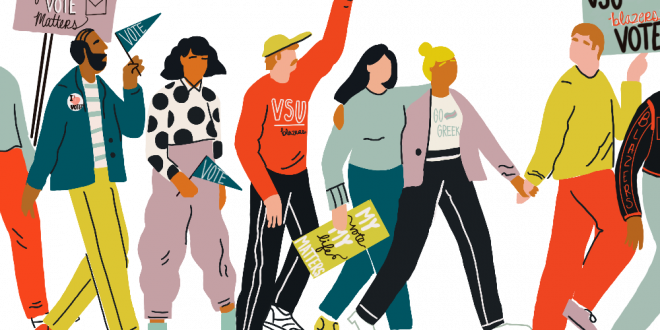 Editorial: Political Parties Need to Focus on Bipartisanship to Reach a Compromise

This year’s election has been one of the most polarizing and mentally draining we have seen thus far.

With a global pandemic and an ongoing racial divide among other issues, Democrats and Republicans are constantly butting heads over anything and everything.

We need to focus more on working together to resolve the issues at hand, it is hard to do this when everything becomes political these days.

It’s time for us to come together and do better for the United States as a whole, not just for ourselves and the ones we care about. It all starts with our nation’s leaders.

Bipartisanship is an agreement or cooperation between two political parties that usually oppose each other’s policies. This is important for those in Congress.

Famous acts of bipartisanship include The Great Compromise, the Civil Rights Act of 1964, 1993’s Social Security Reform and 2001’s No Child Left Behind Act just to name a few.

The step we as citizens need to take is putting our pride aside for the sake of our country.

To clarify, no one is saying that each political party should change their beliefs for the other side, but we must find common ground somewhere.

It’s safe to say that the average person is strong in their beliefs and are stubborn when someone tries to convince them of anything new or different.

You should never change your beliefs for someone else or try and force your beliefs onto others but try to understand why another person has different beliefs.

Many topics, such as abortion, LGBTQ+ rights, capital punishment and gun control can be very controversial and can cause heated and passionate debate amongst those who view them differently. How do we find a middle ground for such things?

According to Great Good Magazine at the University of California in Berkeley, there are many ways to help eliminate some of the political polarization that we face today.

Intergroup contact is a great way to hold discussions about challenging social and political topics, allowing those who participate the chance to highlight where the common ground exists and how it can be acted on.

Perspective taking is a method that allows you to see yourself in the opposing side’s shoes with the goal of achieving understanding between each other.

A more proportional voting system would do wonders for our political system. The U.S. is one of the only countries that are dominated by only two political party systems, so a more mixed system style of voting could help bring about diversity.

In the end, everyone wants what is best for the U.S., but no one wants to work together to make progress for everyone.

While it can be hard to communicate with someone with such different opinions from yourself, it must be done in order to deter conflict among ourselves.

Don’t let politics get in the way of what should be important to us as Americans — ensuring that everyone is equal, safe and healthy.

This editorial was written by a member of the editorial staff and expresses the general opinion of The Spectator.