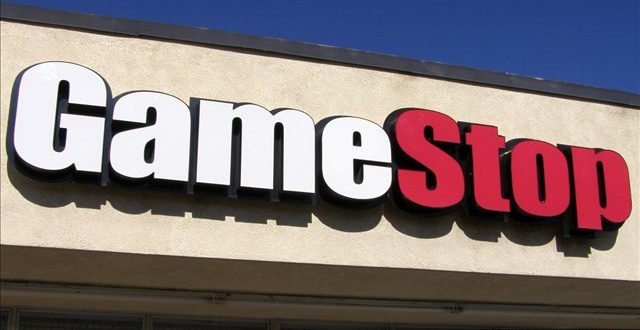 Who knew “power to the players,” a slogan for the video game store GameStop, would ironically have a new meaning in a place we least expected it: the stock market.

On Monday, Jan. 24, GameStop’s stock price started at $76.79. By Wednesday, the stock had peaked to an insane price of $500 during pre-market trading hours, and still managed to close out the week at $325.

By Wednesday of the following week, the stocks had lost 80% of its value. This was a huge loss for amateur Internet investors who invested in these stocks.

Many on Wall Street and CNBC were furious, and like many others, were asking the same question. How did this happen?

Of course, the madness that was the GameStop saga can be traced back to the Internet. Enter Wall Street Bets, a notorious community on the forum website Reddit, which is known for placing high risk trades and subsequently making posts bragging about it.

Essentially, many Wall Street Bets users discovered that GameStop was an exponentially “shorted” stock. Shorting a stock means that a person borrows shares that they don’t have and then sells them to another investor in hopes that the price of the stock will go down. If the price does go down, then short-sellers buy it back at a lower price than they originally paid for, making a profit.
Many institutions on Wall Street, such as hedge funds, had significant short positions on GameStop in particular. Once Wall Street Bets learned of this, they saw tremendous opportunity that could turn into serious profit, and a war was officially declared.

The community that had 2.5 million users at the time began hammering away, buying up GameStop stock and options, driving an unprecedented rise in its stock price. Soon, the Wall Street Bets plan spread like wildfire to other social media platforms, and GameStop became the most popular stock on the Internet.

Demand for the stock became so high, and the price increased so much that GameStop and several other “meme stocks” like AMC were halted several times on Wednesday. The halts then graduated to trading platforms such as Robinhood and TD Ameritrade outright restricting traders from buying the stock entirely on Thursday.

Amid GameStop’s soaring stock price, hedge funds that had short positions such as Melvin Capital were crushed, warranting billion-dollar bailouts.

Accusations of market manipulation were cried from both sides, as some suggested retail investors rush to drive up GameStop’s price was “illegal,” while Wall Street Bets argued that they were merely playing the same game that Wall Street had played for a long time.

Backlash over brokerages such as Robinhood also ensued, with retail investors alleging Robinhood impeded on the free market since they restricted traders from buying certain stocks.

Originally, “power to the players” attributed to players of video games. Now that the company has found itself as the centerpiece of a beginning financial revolution, the slogan now also applies to players of the stock market.

We’re not sure whether any congressional action will come of this. However, on thing we do know is that financial power for the masses has been realized through collectivization. When there’s enough of it, the little guy can wield power just as much as the pros on Wall Street. Power to the players.