Home / Columns / Column: “Call Me by Your Name” causes chaos 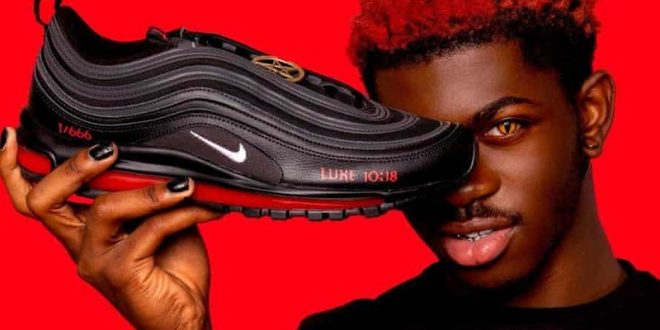 Once again, the news and media have been flooded by a new artistic censorship controversy.

Rapper Lil Nas X has released his nine-month awaited song “Montero (Call Me by Your Name).” The song quickly reached the number one spot on iTunes and has been streamed nearly nine million times on Spotify.

The controversy of the song comes from the music video that was released the same night as the song. While the video has been viewed over 100 million times on YouTube, many Christians have taken to social media to express their anger and disgust over the video.

The music video expresses Lil Nas X, whose real name is Montero, performing explicit actions with Satan, before killing the representation of the king of hell, taking his crown and electing himself the new king.

Lil Nas X publicly announced his connection with the LGBTQ community when he came out as gay on June 30, 2019, the last day of Pride month.

“I spent my entire teenage years hating myself because of the s*** y’all preached would happen to me because I was gay,” Lil Nas X wrote on Twitter in response to the video backlash. “So I hope u are mad, stay mad, feel the same anger you teach us to have towards ourselves.”

In addition to his video, the rapper collaborated with the product studio MSCHF to release 666 pairs of “Satan Shoes.” The shoes themselves are customized Nike Air Max 97s with several satanic additions and a drop of human blood in the sole of the shoe. Though the shoes sold out in less than a minute, MSCHF has been sued by Nike and the production has since been halted.

Christians and conservative Republicans have taken their grievances to Twitter expressing concern regarding the “morals” of America and concern regarding children who are fans of Lil Nas X after his song “Old Town Road” became a fan favorite when it was released in 2019.

Whether people hate the video or not, angering a large part of the American population makes for a fantastic marketing strategy.

But not every Christian is angry at the rapper. Alli Smith, an interdisciplinary major at VSU who help founded and leads Delight, a women’s ministry on the VSU campus, expressed heartbreak and sadness but for the rapper himself.

“While I do feel that it was potentially over the top, as someone who is a Christian and only really wants others to experience the way I know the Lord, he is not a Christian,” she said. “You can’t expect people who aren’t Christians to have the same moral compass as Christians. The only thing that’s slandering him and putting him down is just going to push him further away.”

The anger towards the video regarding concern for children has been going on since the internet began with TV shows like South Park, Family Guy and other animated “adult” shows.

Expecting one artist to stifle his own expression and creativity seems to come from a place of ignorance about his struggles rather than a concern for children. A simple solution is available for all concerned parents, don’t let your children watch the video.

For Christians, it can be difficult to sympathize with their grievances towards the video after the explicit hatred the LGBTQ community has received from the church.

Christians have been telling the LGBTQ community they are going to hell for years, and now they are angry because Lil Nas X went there.