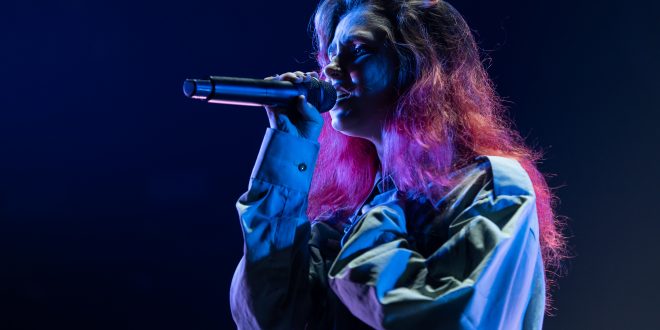 Professionally known as Clairo, Claire Cottrill is a queer culture, indie pop icon, most known for her song “Sofia.”

Her latest album, “Sling,” does nothing short of keeping her LGBTQIA+ fanbase intrigued and in love. “Sling,” released in mid-July, is exactly what you need to add to your cottage core, internet café and study playlists.

Critics are surprised at her musical and lyrical maturity, comparing the 23-year-old to Taylor Swift’s musical maturity on her eighth studio album.

“Sling” was almost never made. According to a Rolling Stones interview, Clairo had no intention of continuing her career in music, but for Clairo, “Sling was a necessity: ‘This record has changed everything for me, because I was fully going to quit music.”

Co-written and produced with the well-known Jack Antonoff, known for working alongside Lana del Rey, Lorde and even Taylor Swift, to with Clairo was compared to in musical maturity.

Lyrically, Clairo is a master, which is no shock when you allow Jack Antonoff to work with you on your album. If one was to pinpoint the most effective line of the entire album, it might just be “you’re not as good as your momma assumes” from the song “Amoeba”.

“Amoeba” was the second track on the album and this line caught my eye.

While “Amoeba” was fantastic, “Sling” only gets better the further you listen to it. The best song that I believe everyone silently has agreed on is track five, “Blouse”.

“Blouse” is one that you must play twice because you simply just cannot listen to it once; therefor, listen first for the lyrics, and second so you can appreciate Clairo’s work and relatability.

“Blouse” addresses young women and girls being used for their bodies and being taken advantage of. In a time of women empowerment and speaking out against sexual assault and abuse, Clairo hits the nail on the head by relating to many girls’ assaults.

Give “Sling” a try, your ears deserve it.

Previous ‘A Quiet Place II’: sequel tiptoes to the top
Next VSU will host Savannah St in first football game since 2019