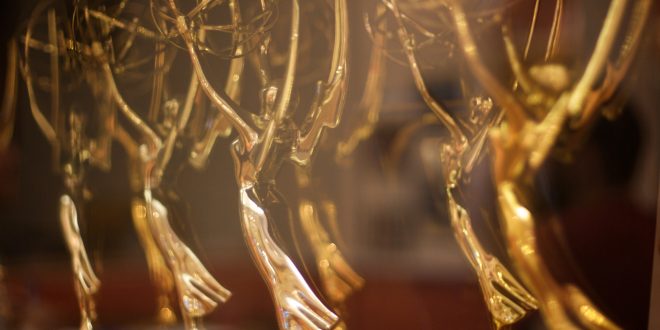 Emmy red carpet looks: the best and the worst

The 2021 Emmy awards aired on Sept. 19 with a variety of outstanding actresses and actors. Out of some of those outstanding celebrities, only a few of them went all out in their attire for the awards. Let’s look at some of the best and worst looks from the red carpet. 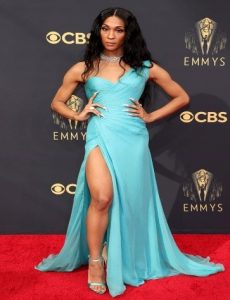 MJ Rodrigues’ Emmy red carpet look was one of the best looks of the night. She wore a custom, baby blue Versace dress on the red carpet, which wasn’t too much or too less which made the perfect. Everything from her dress, hair and makeup was stunning, and her look gave what it was supposed to give. 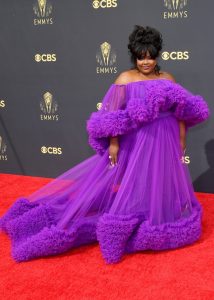 Not only was Nicole Byer the first black woman to be nominated for the reality hosting award, but she also slayed her red carpet look and was one of the talks of the night. Nicole came through with a purple gown by Christian Siriano. The only thing missing from this look was a little bling to make it pop. Other than that, she absolutely nailed it. Pun intended. 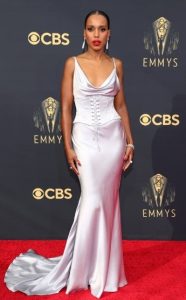 It’s no surprise that Kerry Washington showed up and showed out like she always does, but this look is now a fan favorite. Kerry wore a silver dress with a Bridgerton corset. The dress was a simple slip-on dress but with a modern twist, and her jewelry and makeup complemented the dress very well. 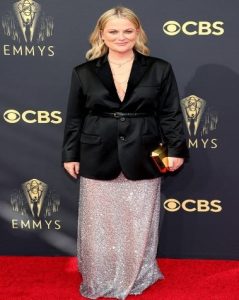 One of the worst looks was Amy Poehler’s half suit, half dress look. Her look didn’t really go together and almost looks like it shouldn’t go together in the first place. If I were her, I would have at least made the top of the dress match the bottom but overall, her look seemed indecisive. 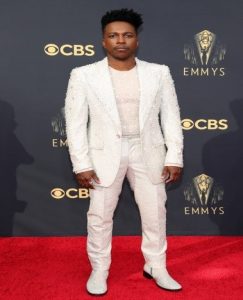 Broadway star Leslie Odom Jr. didn’t really make a good red carpet impression. The color and form of his suit was just fine, but the beading of the suit was too much and unneeded. If the suit wasn’t just plain white, I think it would have been better. Leslie’s look could have used less design and more simplicity. 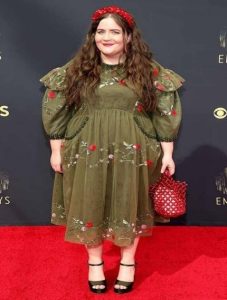