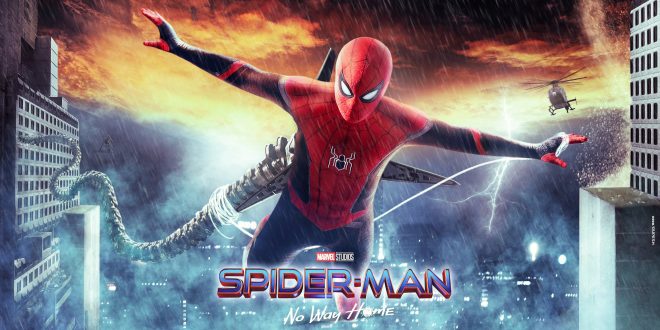 It’s been almost two months and the reviews are in. “Spider-Man: No Way Home” is a must-see.

Following up on Mysterio’s reveal of Spider-Man’s identity, Peter Parker’s life flies off the rails. Suddenly, every person he knows is being harassed, detained or hounded by the police. Trying to figure out how exactly to get his life back to normal with as little collateral as possible, Peter decides to request a favor from Dr. Strange to get everything perfect again.

Former foes of other universes have made their debut into the current MCU. Doctor Octavius, Electro, The Green Goblin and Sand Man are all causing havoc on top of Peter’s attempts to get everything back to normal.

“Spider-Man: No Way Home” has grossed in over $1.37 billion at the time of writing this review, making it rise above “Black Panther” and making it the 12 biggest film globally. It is the sixth highest grossing film domestically, beating out both “Titanic” and “Jurassic World” with $668 million in ticket sales alone.

As a child of the early 2000s and late 90s, seeing these old characters again was like I was seeing old friends for the first time in 20 years. These familiar faces brought smiles to the audience that were attending, and they brought their humor with them. While the film dramatically ups the stakes, it also ups the humor for a new audience.

However, while Iron Man, Captain America and many of the superheroes from previous MCU movies missing, you might imagine that this film wouldn’t live up to the hype, but it’s safe to say that this one certainly climbed to the top of my movie list by the time credits rolled.