Home / Entertainment / ‘Heartstopper’ Review: a must add to your watch list 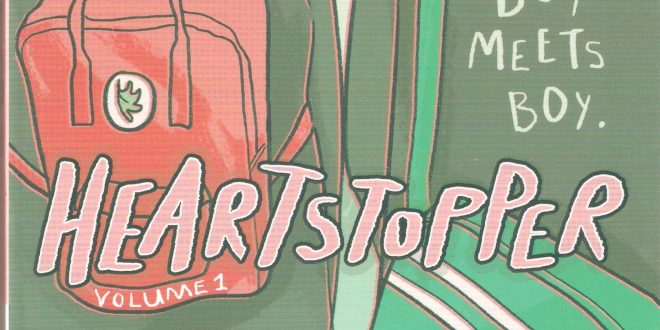 “Heartstopper,” Netflix’s newest LGBTQ+ show, dropped on April 22 and is a show that everyone should watch for more than its wholesome content.

The show was originally a 2016 webtoon comic by Alice Oseman, which follows British teens Charlie Spring and Nick Nelson on their unlikely friendship as they navigate high school, teenage love and self-discovery.

“Heartstopper” had a 5-year development from the start of the webcomic to the start of production in January 2021. Oseman started a campaign in her bedroom in 2018 to turn the comic into a graphic novel.

This was when Patrick Walters, the executive producer at production company See-Saw, came across the campaign. According to Walters, he knew that this comic needed to become an on-screen adaptation.

And after four years, it happened.

From the little cartoon leaves that fly around the characters to the banger soundtrack, the show offers much more than amazing queer representation and wholesome content.

The show follows a journey and self-discovery of sexuality and has bisexual and transgender representation. This representation is very important for the LGBTQ+ community as they face many challenges in the world.

The challenges that people of the community face is also shown in the show, including bullying and homophobia. It’s a good representation of how hard it is to live in a world full of hate while a person is trying to be themselves and fit in while they figure themselves out.

The casting director did an amazing job casting the actors by bringing the drawings of the characters to life in the show. The actors look exactly how they do in the comics.

There are some actors who have not expressed their sexuality or identity; however, they are passionate about the queer characters they play and grateful to show proper representation.

Kit Connor and Joe Locke played main characters Nick Nelson and Charlie Spring. While neither have said what their sexuality was, they both have commented on social media that they were very proud to play these characters.

In an interview with Metro Entertainment, Connor said that media does not show male bisexuality as often as female or non-binary bisexuality. He thought it was “really special going into great detail about [Nick’s] journey as a character and his mental struggles.”

Along with the amazing actors, “Heartstopper” used two aspects to convey emotion and mindsets in the show: animations and lighting.

The fun animations are used to convey how the characters are feeling with leaves, lightning bolts and scribbled blurs. They do the same with lighting to set up a scene in a beautiful way that provides the mindset of characters.

These are two ways that the show made it fun and easy to watch and coupled that with the amazing acting that really made me a fan of the show.

I could not peel my eyes away from how adorable the characters, the plot and the cinematography were. The show left me with a smile on my face and tears in my eyes as I went from one episode to the next.

I ended up finishing the show in one sitting since each episode is only 30 minutes long and there are eight episodes currently available.